The results are in – this year was the biggest Giving Tuesday yet!

**Participants in over 150 countries around the world

Here are the numbers in nifty, shareable graphics:

One of my community members, Kristi Geiger, the Development Director at Crossroad Child & Family Services in Fort Wayne, Indiana, said to me that her Giving Tuesday was, in all caps, “FANTASTIC.”

She continued:  “I utilized our social media ambassadors by making a job description and emailing at least 3 times prior to Tuesday and relied on them to really push out to their friends and followers and we utilized Facebook to post our info.”

Crossroad chose Giving Fuel to host their Giving Tuesday campaign. They have a PayPal account, but since Giving Tuesday is predominately social media and mobile driven, that was not the best option from a mobile user experience standpoint.

Giving Fuel ended up working out incredibly well for Crossroad. According to Kristi, “It was so easy to set up, the data was in real time on Tuesday and I was able to extract all the donor info pertinent to thanking them!

There are a bunch of options, and we chose the free plan with limited capabilities, but for a small organization we didn’t need anything more. Donations came in Tuesday, check was cut on Friday, and we received payment (one week later)… We liked the service we chose so much we added a year end campaign with them!”

Crossroad decided against using Facebook’s fundraising tools due to the unknowns around donor data and donation processing. Kristi explained, “While trying to be helpful it seems as if Facebook was complicated and less than helpful to many.”

They also have all their Social Media Ambassadors posts on their Facebook page, so take a look for some inspiration!

In addition, Crossroad sent out a photo collage along with handwritten Thank You cards to their Social Media Ambassadors and Giving Tuesday donors.

The Children’s Trust decided to focus on Facebook as a fundraising tool, due to Facebook eliminating their fees that day and the matching gift from the Bill & Melinda Gates Foundation.

This infographic is a helpful, step-by-step guide to show their community members exactly how to set up their very own Facebook Fundraiser to support the campaign #Give4Kids on Giving Tuesday.

I followed up with Eli after Giving Tuesday and he said that their campaign did well.

“We did great compared to years we didn’t have a matching gift, and about the same as years that we did, though with higher participation.

All in all, we received 80 gifts and raised just over $3,000. We had 16 people create a Facebook Fundraiser for us, over 375 people used our Facebook profile frames, and we reached about 50,000 people on Facebook alone.”

The first thing you see when you go to The Children’s Trust Facebook Page is the list of Fundraisers being hosted on their behalf by their Facebook community – inspiring!

I highlighted some of my favorite campaigns that day in a live video in the private nonprofit Facebook Group – request access here!

Not All Campaigns Succeeded

However, not all nonprofits hit it out of the park.

Results from Massachusetts nonprofits were mixed, with some organizations hitting their stride and achieving their goals, and some not meeting their expectations.

I can only speak for myself, but my experience as a DONOR on Giving Tuesday was wonderful.

I received over 100 emails mentioning the day and asking me for a donation, but the three campaigns that I gave to? All personal asks from friends on Facebook, where I could donate with just a couple of taps.

While using Facebook’s fundraising tools can be confusing, and frustrating, and even downright maddening, the reality is that they are incredibly easy for the donor to navigate and to use.

You have to weigh the pros and cons for your own organization before diving in. 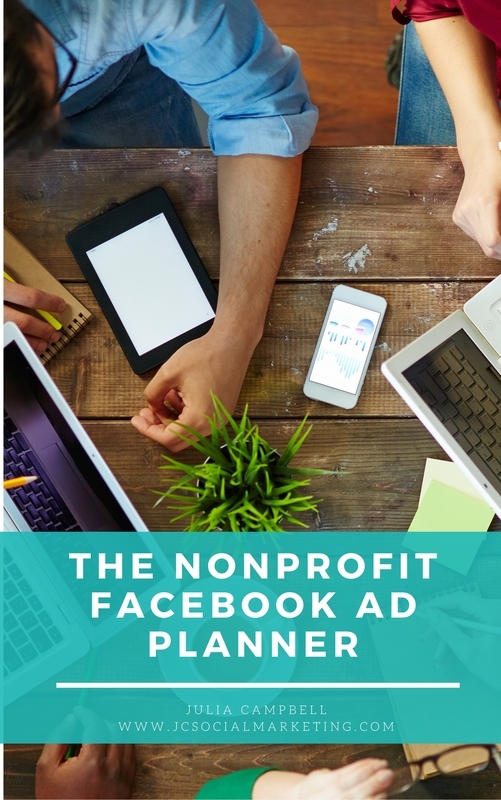