Social Media for Social Good Academy is open! Will you be one of my students? Click here to find out more.

Social media is one of the most prevalent forms of communication today, but more often than not, nonprofits don’t know how to effectively leverage it for fundraising. Nick Black, CEO of GoodUnited, has six years’ worth of advice on how to build community, connect with donors, and expand your network of social fundraisers.

But, for whatever reason, you’re not seeing impactful results from social fundraising. While supporters conduct fundraisers and donations are coming in, you’re not retaining those supporters for the long run.

At GoodUnited, we help nonprofit organizations understand, inspire, and grow relationships with Facebook supporters. We’ve seen many organizations have this exact predicament. We’ve found that the key to a truly impactful social fundraising strategy— rather than surface-level, in-the-background fundraising— is placing a focus on raising your relationships with social supporters (rather than raising donations).

So, let’s walk through the challenges that are holding your social fundraising strategy back from impactful relationships and how to overcome them.

What is the first thing you do after you receive a donation or wrap up a large fundraising campaign? Send out thank-you notes, voicemails, emails, or other tokens of gratitude to each of the supporters involved.

Your organization would never let a fundraiser pass by without thanking those that participated in it, so why do so many nonprofits let Facebook fundraisers end without acknowledgment? More than likely, this is because the platform makes it challenging— but not impossible— to discover when new fundraisers are created.

For example, when you navigate to your nonprofit’s Facebook profile and view the “Fundraisers” tab, you can view all ongoing fundraisers started on your behalf. However, this will default to show efforts that are closest to their deadline date and have raised $50+ in donations. While it is important to thank users for these efforts, it’s equally (if not more) important to thank users who just started campaigns. This is because you can connect with them early in the fundraising process and influence their campaigns for success.

Thankfully, Facebook has rolled out a Sort & Filter tool to help you make the most of the platform in your nonprofit fundraising strategy. Simply navigate to the “Fundraisers” tab and do the following:

At that point, you’ll want to comment on the fundraising efforts created by each user to express your gratitude. Something along the lines of:

“Hi [User’s Name]! Thank you so much for starting a Facebook fundraiser on behalf of [Nonprofit’s Name]. Your efforts are instrumental in advancing [Nonprofit’s Mission]. We’d love to continue connecting with you [Additional Engagement Opportunities]. Thank you again!”

Notice how this thank-you isn’t one-dimensional— in it, you can express gratitude and offer new ways to engage down the line. This is step one for ongoing engagement with social fundraising supporters!

Bonus tip! In this section, we focused on thanking users who create fundraisers. However, it can be even more complicated to thank donors on Facebook, as the platform limits the donor information shared due to its privacy policy. Check out this GoodUnited blog post on thanking donors on Facebook to learn how to move past that particular obstacle.

Your supporters don’t have the toolbox for social fundraising success.

There’s a common misconception that with digital fundraising methods, you can just “turn on the tools” and begin raising funds. That couldn’t be further from the truth, especially when it comes to social fundraising— because these fundraisers are almost entirely user-led, raising funds relies on each individual’s fundraising prowess. As most of your supporters aren’t fundraising professionals, they may not have the skills necessary to fuel their campaigns to success.

Before we discuss how you can guide users who start fundraisers to success, let’s discuss why you may want to. Of course, you want to raise funds, but it goes deeper than that— users who are successful in their fundraising efforts are more likely to want to engage with your organization again whether through another fundraiser, a volunteer effort, or other activities. Creating a positive experience is key for retaining ongoing support.

We recommend creating educational materials about Facebook fundraising and sharing them on your website and Facebook page itself. In these materials, answer common questions such as:

Beyond answering questions, you can also provide materials that a user can use to create a successful fundraiser— such as suggested photos, messaging, and naming conventions. This will give fundraisers the tools they need to raise funds from their friends and family members successfully.

The tips in the last section can help raise your revenue, helping users who start fundraisers reach their goals. But remember, in the introduction we mentioned how the key to social fundraising success is retaining these supporters over the long run and building impactful connections with each individual user who starts a fundraiser on your behalf.

We’ve found that the best way to do that is by communicating directly in-channel via Facebook Messenger. One-on-one conversational messaging with your nonprofit’s supporters, such as you would with a friend or family member, empowers you to build a personalized connection with each individual that lasts.

Take the example of a birthday fundraiser. This is a totally supporter-led effort and for each user, it only occurs once a year. A user could easily start and complete their birthday fundraiser, dedicate the effort to your nonprofit, and never think of your organization again. Or, you could pull tips from this guide and engage the user that started the birthday fundraiser further through conversational messaging. Here’s how to connect one-on-one: Then, a year later when the user’s birthday comes up again, they may just choose to conduct a birthday fundraiser on your behalf again! With conversational messaging, you’ve turned a one-day fundraising effort into a strong relationship with that individual supporter, who will continue engaging with your organization for years to come.

You haven’t created a community for social media supporters.

Last but not least, let’s discuss some of the challenges your nonprofit underwent in the last year. We’d guess that you pivoted events to the digital sphere and haven’t engaged with your supporters in person in quite some time.

While most organizations found a way to still be successful during the transition to an entirely digital connection, there’s no denying that the community aspect of in-person connection was lost in the change. This is especially true in the case of virtual P2P fundraising— while the in-person iteration would unite participants in-person at the end of the campaign, the virtual event experience can leave much to be desired on the community front.

When there is a strong sense of community across your social supporters, they can realize there is a movement behind your mission. Supporters can motivate one another and bond over their shared interests, forging a stronger connection with your organization as a whole. We recommend using Facebook groups to replicate this feeling of community. For example, you could create any of the following groups:

In these groups, users can connect over their shared interests and preferred method of engagement. You can share fundraising tips, resources, updates, and opportunities tailored to that specific segment of your social audience. And, similar to Messenger, you can stay in touch with these groups year-round.

To wrap up, the reasons that your social media fundraising strategy is underperforming can be boiled down to one challenge: you’re focusing more on raising donations, rather than raising your relationships with individual users. With thank-you notes, resources, one-on-one messaging, and groups, you can alleviate that challenge.

However, we also recognize that these tasks can be quite the administrative ask for nonprofit organizations— especially those with many social supporters. In that case, we recommend partnering with a social fundraising solutions provider. This team can provide the processes, technology, and manpower necessary to cultivate your relationships with the next generation of social supporters. Good luck!

What do successful online fundraising campaigns have in common? 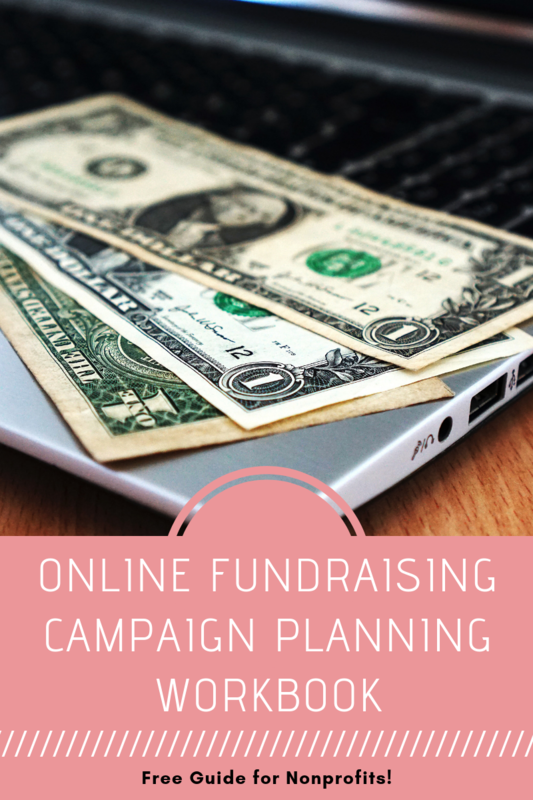 They have speciﬁc, achievable goals.

There is a sense of urgency to participate – a matching gift, a deadline.

There is trust built up BEFORE the campaign launches.

There is infrastructure in place to promote the campaign.

Use this free Planner when planning your next online fundraising campaign!