Giving Tuesday, holiday campaigns, annual reports, Thanksgiving – you name it, nonprofits are going full force these next two months to get their share of the year-end giving pie.

30% of annual giving occurs in December – with 10% happening on the last 3 days of the year! (That’s nuts, procrastinators!)

All of these channels and accounts – your friends, family, businesses, companies, nonprofits, organizations – are competing for the scarcest resource on the planet.

The best way to earn and to keep attention is through thoughtful and authentic digital storytelling.

The key to becoming a great storyteller is understanding that you are not entitled to attention, you must earn it.

You are not entitled to anyone’s attention, no matter how amazing you are.

You have to EARN it.

Here are 5 ways to grab attention using your nonprofit stories at year-end.

One way to grab attention is by using visceral imagery.

In 1787, a group of 12 men got together in a printing shop in Great Britain and formed The Society for Effecting the Abolition of the Slave Trade.

Their goal was to educate the public on the horrors of slavery – but more than that, to elicit discussion and debate in public spaces.

They created a logo that inspired empathy and concern: In what’s been called the first visual storytelling campaign, they also created an infographic that showed the horrific conditions on the slave ships.

By posting this logo and this infographic across Great Britain in taverns and pubs, they spurred discussion. They also achieved abolition of the international slave trade in 1807 (eye roll, America).

Get away from what is expected.

Ever heard of the Monomyth? No? If you aren’t familiar with this common storytelling archetype, it involves tales of a hero who goes on an adventure, often unwillingly, and saves the world (or saves the girl).

This is the archetype upon which stories from Odysseus to Luke Skywalker are based.

The problem is that this story structure is not workable for many of us.

Unless we have a budget of $500 million and a movie studio, using the Hero’s Journey for our purposes is too prescriptive and predictable.

We need to use unexpected plot twists, plot structures, and unusual characters.

We have to be creative and look beyond the obvious story and the overused case/example mode.

Only stories that resonate at a deeply human, universal level, beyond a recounting of “things that happened”, are going to cut through the clutter.

To grab attention and help educate the public on issues of unfairness in the US worker’s compensation system, ProPublica and NPR published an in depth article, featuring stories of two men  living in different states both suffering devastating workplace injuries. The article entitled How Much Is Your Arm Worth? uses a great headline and visual storytelling to grab your attention and increase empathy.

Josh Potter lost his arm when he fell under a machine at this auto plant in LaFayette, Ga., just 15 miles from the Alabama state line.

“It was like dust,” he said of his injury. “There was no fixing the bone.”

Don’t use neutral language in your headlines and in your storytelling.

Think about wording that would grab attention and pique the curiosity of readers.

Amnesty International turned family life into living art to raise awareness and help change the rules for refugee families in the UK.

They set up an installation in a major square in London, and encouraged people to watch on Facebook Live as regular families shared everyday, mundane activities. This encouraged people to call their Members of Parliament to get a vote in favor of the Refugee Family Reunion Bill, which passed a few weeks later.

Water Aid gave 360 degree cameras to their staff in the field across the world to shoot interactive, attention-grabbing video of life in the places they work with the populations they serve. Pencils of Promise created a compelling virtual reality film that transports viewers to a PoP classroom in rural Ghana, showing the transformational effect education can have on a community.

The only way to grab attention and keep it is by doing the unexpected, the unusual, the creative.

People fail to act NOT because they do not have enough information. Often, they have too much.

People fail to act because you  haven’t made them care, and they don’t know what to do next.

How are you using storytelling at year-end? Leave your ideas and thoughts in the comments, and be sure to jump into the Facebook Group to tell us what you are struggling with! 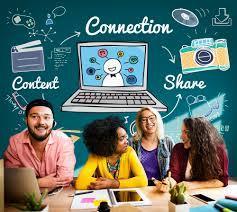